The Breizh Amerika Collective : On the Road...Again! 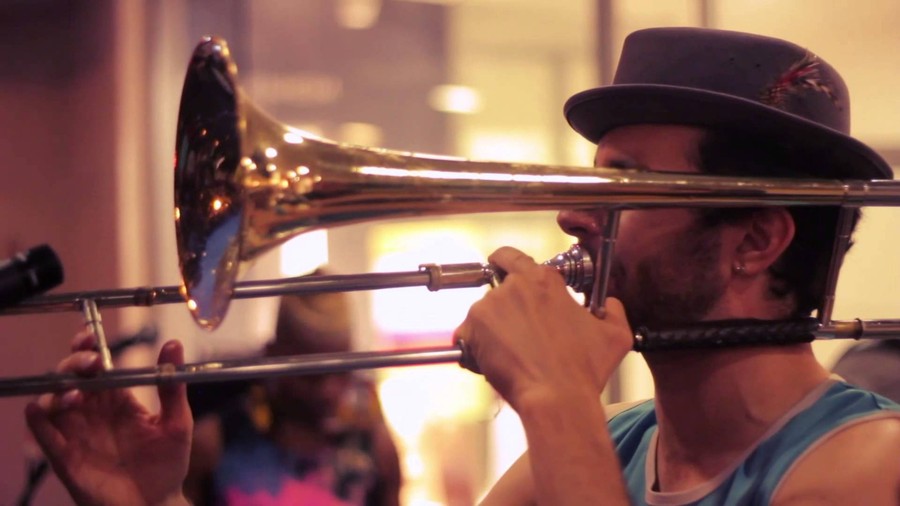 Thomas Moisson is indisputably one of the most talented accordeonists of his generation. His encounter with the distinctive voice and legendary charisma of Lors Landat has given rise to a unique duo on the avant garde of Breton music. Having given over 300 concerts in the last 7 years both in France (at the Lorient's Festival Interceltique, the Bogue d'Or in Redon and the Yaouank in Rennes) and abroad (Spain, Romania and the Isle of Man), the pair have without a doubt become one of the most accomplished duos in contemporary Breton music.

They have just released a new album of live duo and quintet performances, with Julien Le Mentec at the double bass. The album was released in front of an audience of 8,000 at the Yaouank festival in Rennes. Vidéo

For their US tour they will be accompanied on the trombone by Alex Asher, a major player on the New York jazz scene. The great trombonist received a Grammy Award with Beyoncé for the album "4", released in 2011. Alex Asher has worked with top hip hop artists such as Curren$y, Jean Grae, Mos Def , Devin the Dude. He has performed at the world's greatest venues in France, Germany, the U.K., the Netherlands (at the North Sea Festival), Switzerland (at Montreux Jazz Festival) and at Carnival in Rio de Janeiro.

Alex and Thomas have already worked together. In 2012, they formed a band, Glaz Road, which is the fruit of the meeting of Breton music (with the Thomas Moisson Trio) and jazz (Antoine Drye and Alex Asher). Vidéo

Alex's vast experience and talent coupled with these three major figures in Breton music is sure to make for a unique and memorable musical collaborative project..

Our partners during our USA Tour 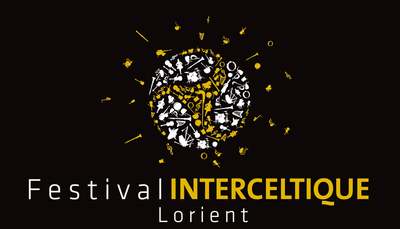 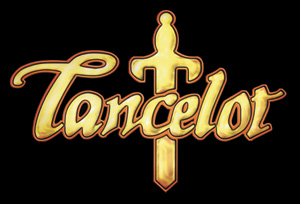 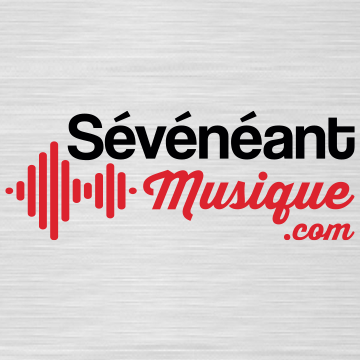 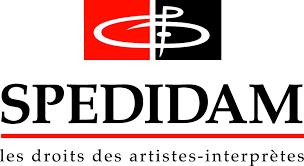 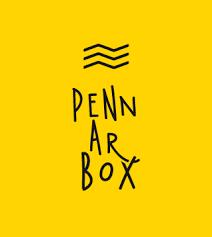 ​"The Breizh Amerika Collective 2016" on their USA tour from May 13th - 22nd.
​The "BREIZH ON THE ROAD...AGAIN" tour will be performing shows in Detroit, St Louis, Chicago, New Orleans, Lafayette, Scott and Arnaudville engaging and partnering with local community organizations and actors to foster new networks and relations while growing awareness for endangered Breton culture and language, and promoting the Fête de la Bretagne across the USA.  ​

The Breizh Amerika Collective 2016 : the musicians
​ 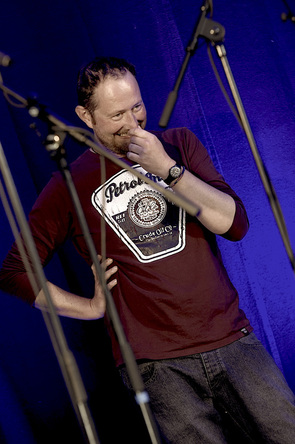 ​Lors Landat was introduced to breton traditional singing while a member of Lille Breton’s diaspora (North of France), learning the old vocal tradition of Kan Ha Diskan, a unique form of singing only found in Brittany, France. His scenic presence and charisma quickly endeared him to world music and folk scene fans across Europe.

The unusual route of this exceptional singer brought him back to Brittany in 1998, where he immediately begin collecting traditional songs from elders in the south-west of Brittany, while instructing kan ha diskan in schools around Lorient and conducting masterclasses across Brittany and France.

An inspired songwriter, Lors Landat is engaged in the preservation of Breton language, he composes his own songs and writes for other famous bands (Aodan, Hiks, Lunch Noazh, Alambig Electrik, Feiz Noz Moc'h, Kakoull kolektif …).

As the winner of Félie Pan Cheiteach 2007 of Letterkenny (Ireland), his unique voice and the quality of his interpretation helped him win over audience across Celtic nations. His repertoire, presence and style has allowed Lors Landat to become one of the major voices of the Brittany culture today. 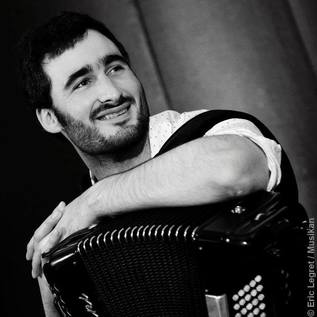 Thomas Moisson is considered one of the most talented accordionists of his generation. He grew up performing early on for the demanding Celtic dance groups of Brittany, where he was noticed because of mature style despite his young age.

Winner from 1998-2010, of more than twenty of the most prestigious traditional Breton music competitions, confirming his musical qualities and development, while using his mixed accordion (diatonic and chromatic), and an incisive style which earned him immediate acceptance of the professional community and the public.

Often asked to perform in concerts and festivals around the world, he has impressed many with his ability to integrate and promote innovative musical projects and participate in numerous musical creations and collaborations (United States, Morocco, Romania, Ireland, UK, Spain, Brittany …). 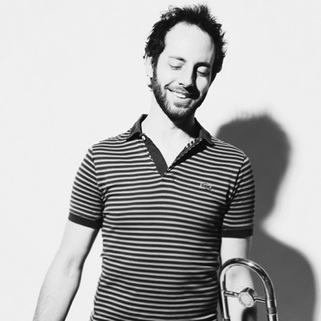 ​Known for his Grammy-award winning work with Beyoncé Knowles as well as playing in numerous Brooklyn bands, trombonist/composer Alex Asher is quickly making a name for himself in New York City's music scene.

​Alex leads People’s Champs, a seven-piece ensemble mixing experimental rock with West African and Latin beats. People’s Champs have performed all over NYC both at underground parties in Brooklyn as well as at The MoMA and The Guggenheim. 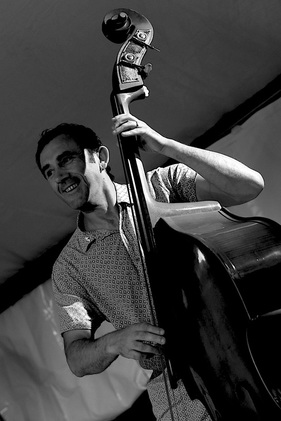 Talented multi-instrumentist (bass, double bass, piano), who grew up with a musical family that were deeply ingrained in Central Brittany, which naturally brought Julien Le Mentec to traditional music.
​
He plays in the most famous bands of Breton music, known for his modern style influenced by jazz and world music.

Julien Le Mentec is also a great composer and arranger, he has worked with famous international artists like Goran Bregovic, Carlos Nùñez, I Muvrini, Frigg. Julien composes and arranges for the best bands of Brittany dance and performed with these bands on the great stages in France like Olympia in Paris and in many festivals around the world (Brazil, Tahiti, Czech Republic…)

Insatiable worker, as his impressive discography shows that, Julien Le Mentec is one of the great contemporary Breton musicians of our time.
​ 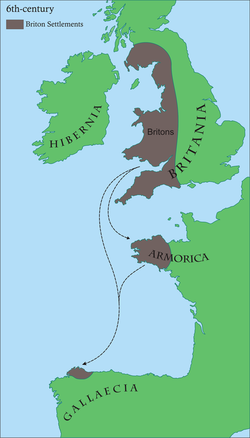 Breton (Brezhoneg) is a Celtic language spoken in Brittany (Breton: Breizh; French: Bretagne), France.
​
Breton is a Brythonic language brought from Great Britain to Armorica by migrating Britons during the Early Middle Ages; it is thus an Insular Celtic language and not closely related to the Gaulish language, which had been spoken in pre-Roman Gaul. Breton is most closely related to Cornish, both being Southwestern Brittonic languages. Welsh and the extinct Cumbric are the more distantly-related Brittonic languages.

Having declined from more than 1 million speakers around 1950 to about 200,000 in the first decade of the 21st century, Breton is classified as "severely endangered" by the UNESCO Atlas of the World's Languages in Danger. However, the number of children attending bilingual classes has risen 33 percent between 2006 and 2012 to 14,709.

As only French is an official language of France, supporters of Breton and other minority languages continue to argue for their recognition, education in public schools and place in public life. On the 27 October 2015, the French Senate rejected the draft law on ratification of the European Charter for Regional or Minority Languages driving away the assumption of Congress for the adoption of the constitutional reform which would have given the value and legitimacy to regional languages such as Breton. 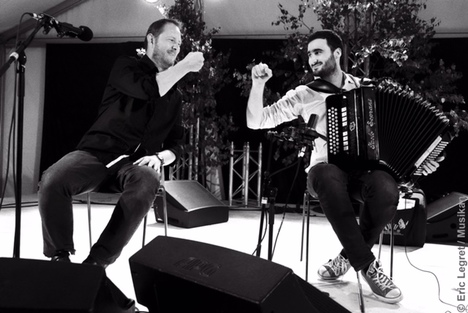 ​The ancient vocal tradition of Kan Ha Diskan is one most distinctive genres of Breton music. The call and response formulation is used to accompany dances as well as ceremonies, celebrations, and more recently, at festou-noz (Breton night festivals).
​
​In 2012, UNSECO inscribed Breton Fest Noz on the Representative List of the Intangible Cultural Heritage of Humanity. Fest-Noz, festive gathering based on the collective practice of traditional dances of Brittany.

Fest-Noz is a festive gathering based on the collective practice of traditional Breton dances, accompanied by singing or instrumental music. The strong Breton cultural movement has preserved this expression of a living and constantly renewed practice of inherited dance repertoires with several hundred variations, and thousands of tunes. About a thousand Fest-Noz take place every year with participants varying from a hundred to several thousand people, thousands of musicians and singers and tens of thousands of regular dancers. Beyond the practice of the dance, the Fest-Noz is characterized by an intense camaraderie among the singers, musicians and dancers, significant social and intergenerational diversity, and openness to others. Traditionally, transmission occurs through immersion, observation and imitation, although hundreds of devotees have worked with tradition bearers to compile the repertoires and lay the groundwork for new modes of transmission.

Today, the Fest-Noz is at the centre of an intense ferment of musical experiences and has spawned a veritable cultural economy. Many meetings are held between singers, musicians and dancers from Brittany and different cultures. Moreover, many new inhabitants of Breton villages use Fest-Noz as a means of integration, as it is heavily implicated in the sense of identity and continuity of the people of Brittany. The largest annual Fest-Noz in Brittany is called Yaouank, when over 7,000 dancers descend on Rennes every mid-November.
​