​Brittany is a peninsula, at the western end of France, located between the English Channel to the north, the Celtic Sea and the Atlantic Ocean to the west and the Bay of Biscay to the south.

Brittany is great for back-to-nature getaways, with its rugged coasts, jagged cliffs, and magnificent seascapes. Its coastline stretches for 2,700 kilometers (1,677 miles), featuring superb sandy beaches, cliffs, and hidden islands. It is bordered on the east by Normandy and the Loire Valley.
​ 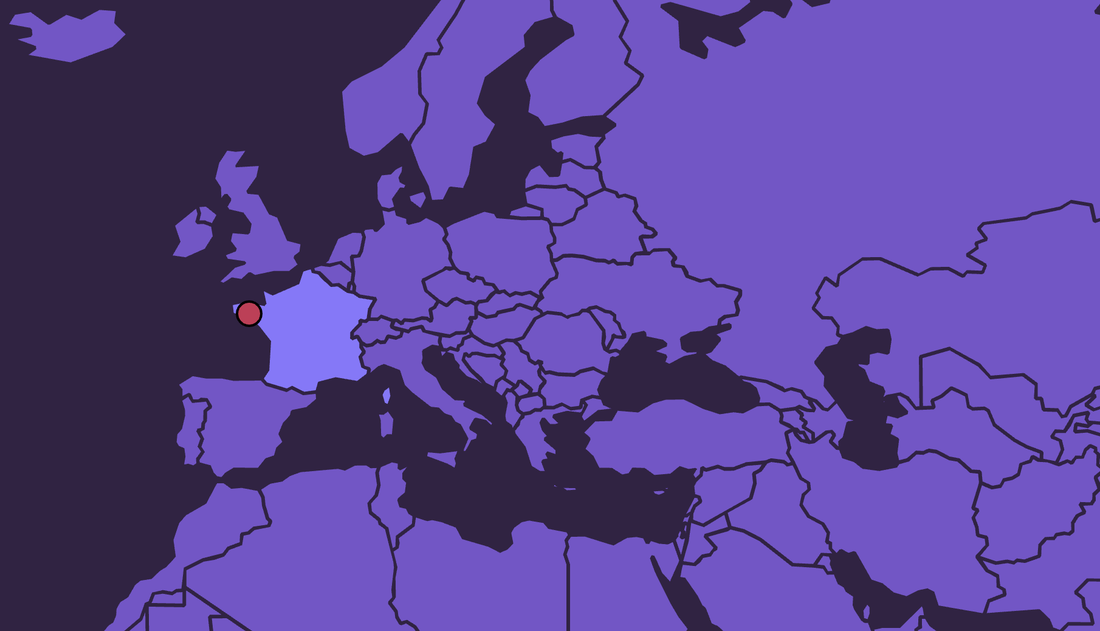 How to get to Brittany, France?

​
​Brittany is one of the most furthest regions in Western Europe. Depending on where you are travelling from you'll have a few options and connections to take to be able to arrive. As France transport is very centralized you may be arriving in Paris. The distance between Paris and Brittany is 250 kilometers.
​

Travelling to Brittany by Train

​The Paris-Rennes TGV (High Speed Train) will take you to the Breton capital of Rennes in around 1 hour 25 minutes. During the summer and school holidays, there is a train every half hour from Paris. Some trains continue to Brest (3 hours 25 minutes for the fastest), via Saint-Brieuc, Guingamp and Morlaix. For destinations in the great South, Rennes is connected to Lyon in 4:20 and to Marseille in 6:10. In the North, the Lille-Rennes journey takes 4 hours.

The TGV does not systematically serve these intermediate stations. From or to Nantes, there are also direct connections with Bordeaux (4 hours), Lyon (4:30), Lille (4 hours) and Marseille (6:30). There are discounted formulas with Ouigo to Nantes and Rennes. 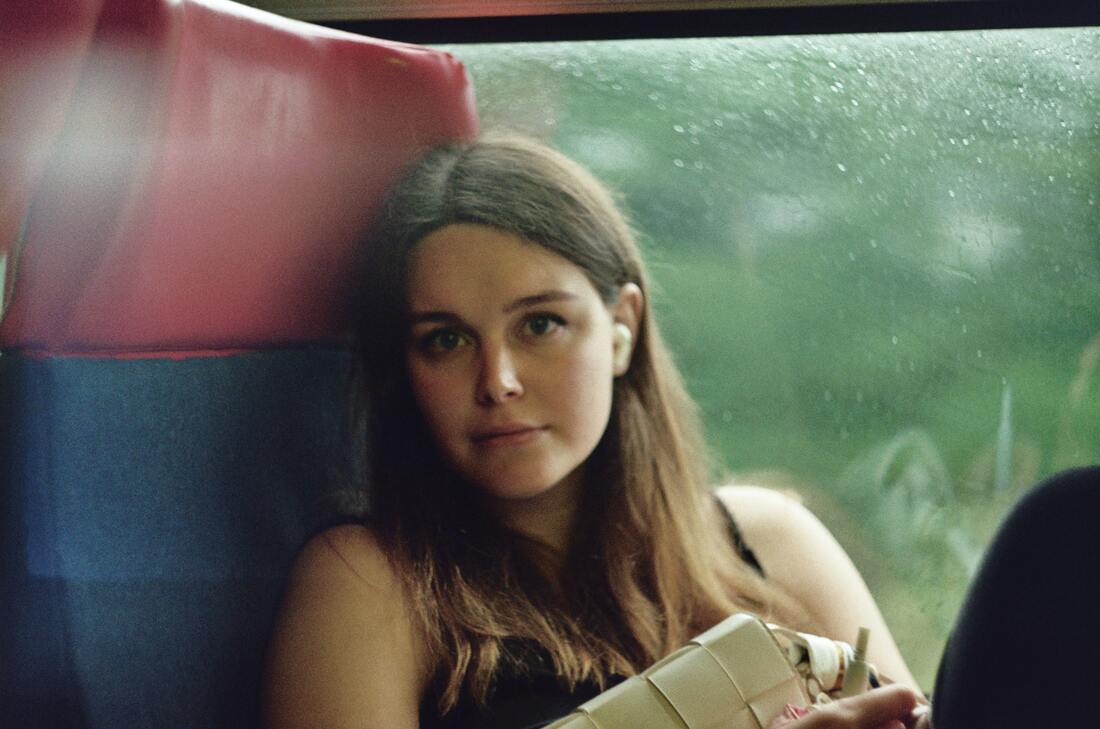 Travelling to Brittany by Plane

​Brittany has a number of airports to chose from but, unfortunately, has drastically reduced flights from smaller airports like Lorient, Quimper, and Lannion in the last year.

Rennes airport, is located about 10 minutes by car from the city center (take the ring road, then exit 8, direction SaintNazaire). The terminal is served by bus line 57 of the Star network (ticket 1.50 euros) with a frequency of 20 to 30 minutes during the week (allow 20 minutes from the city center). The stop is 300 m from the terminal (intersection of avenues Joseph-Le-Brix and Jules-Vallès).

Brest-Bretagne Airport is located approximately 5 km from the city center. It is accessed by the N12, direction Morlaix. The airport shuttle (ticket 1.60 euros) works in connection with line A of the tram at Porte de Guipavas station. This service is provided 12 to 24 times a day, 7 days a week. Outside the operating hours of the tram, the shuttle leaves from the SNCF station. Travel time: approximately 10 minutes. 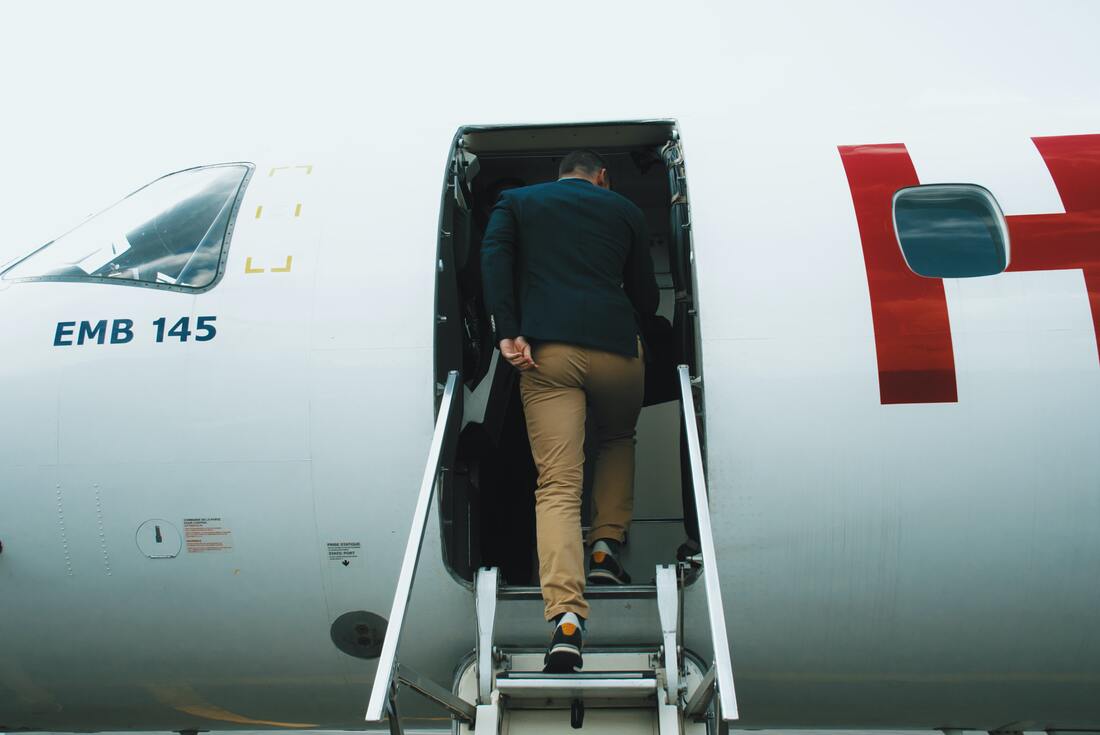 Travelling to Brittany by car

Brittany is serviced by a quality road network which connects the main cities. It should be noted that the entire network consisting of 4 lanes is free (except for the Loire-Atlantique part). From Paris, take the A11 (Océane) which leads to Chartres, then to Le Mans where it splits in two. The northern section (A81) leads to Rennes (350 km, 3 hours 30). From Rennes, you will take the N12 expressway which goes towards Saint-Brieuc, Guingamp, Morlaix and Brest (3 hours). For Saint-Malo, Dinan and Dinard, take the D137 from Rennes. Still from Rennes, you can follow the N164 which crosses the interior of Brittany to reach Brest via Loudéac, Mûr de Bretagne and Carhaix. The southern section (A11) goes towards Angers and Nantes. From Nantes, the N165 expressway leads to Vannes, Lorient, Quimper and ends in Brest.

The Guérande peninsula and the Côte d'Amour (La Baule) are accessible by an expressway from Nantes. Another option if you are heading towards the northern coast: go through Normandy by following the A13 to Caen, then the A84 which joins Saint-Malo (400 km, 4 hours). This route is often less congested than the 4-lane option to Rennes. It also has the advantage of being less boring, as the landscapes are so varied (ideal for a stopover at Mont Saint-Michel). The toll for a trip from Paris will cost you around 35 euros.

Travelling to Brittany by bus

- Eurolines / Isilines also connects the main Breton cities to the rest of Europe.
- Ouibus also connections from Brussels with Rennes, Lorient, Quimper, Nantes and Brest, and from Geneva.
- Flixbus
​
​

What time is it in Brittany, France?

The time difference between Brittany and New York City, USA is 6 hours.

What is Brittany, France famous for?

If you travel to Brittany you'll be dazzled by seaside landscapes and nature. Being a Celtic nation, Brittany maintains a strong cultural identity and Celtic language that can be discovered during festivals and traditional fest-noz (night-party).

Brittany is famous for food as well. It can be a delight for foodies who seek out the amazing seafood, sweet or salty crêpes, and world's most buttery dessert, kouign amann. Brittany is also known for its salted breton butter, milk, pork products, onions from Roscoff, and artichauts. 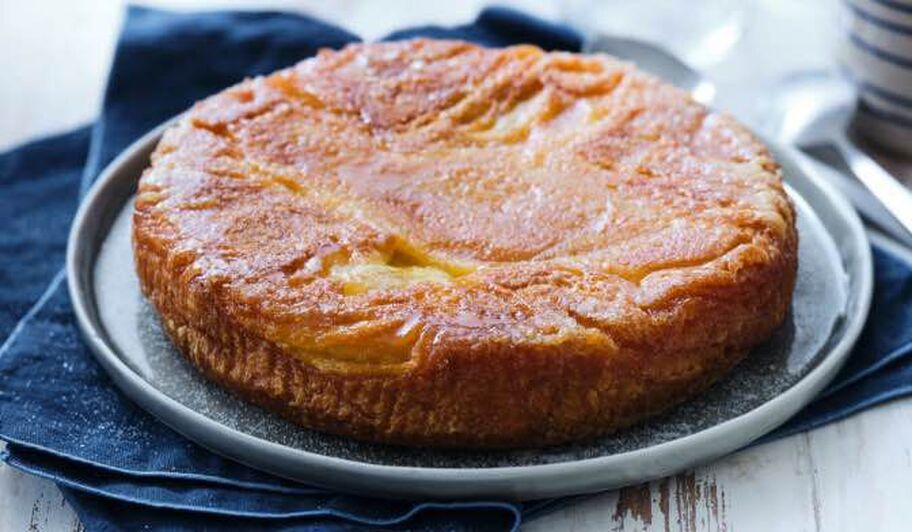 Called the most buttery snack on the planet by the Financial Times, The Kouign Amann was invented in 1860 in Douarnenez. On a busy day at the bakery, Yves René Scordia ran out of desserts and he only had bread dough, butter and sugar on hand. The kouign amann was an experiment that was a was surprising success: a flaky cake, full of butter and caramelized sugar with a little taste of brown butter and fermentation under a golden and caramelized crust.
​

Dance at a Fest Noz

​Want to really get immersed in the local culture of Brittany?
​Check out a Fest-Noz, which means night party in Breton language.
​
About a thousand fest-noz are held each year with attendance ranging from one hundred to several thousand people, thousands of musicians and singers, and tens of thousands of regular dancers. Beyond the practice of dance, the fest-noz is characterized by an intense conviviality between singers, musicians and dancers, a significant social and intergenerational mix and openness to others.
​
​The fest-noz has even recently been added to UNESCO's List of the Intangible Cultural Heritage of Humanity.
​

Brittany is famous for its seafood. If you have a change try it all.
​But gourmets are mainly interested in the Breton lobster. It's an amazing meal because of the high quality of its flesh and its distinct flavor! Purchasing Breton lobster ensures that you will be eating a prestigious product with an amazing taste that is also 100% natural and minimal in calories.

Order is grilled or go to Lomener and Kerroc'h in the town of Ploemeur for a special lobster dish called homard au kari-gosse. 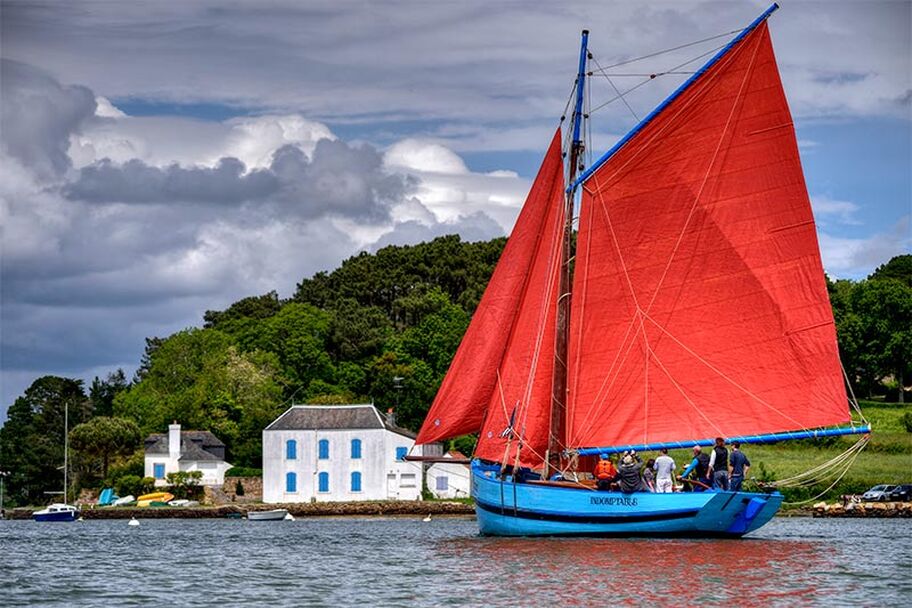 The Brittany is known for all water sports. The region offers opportunities for surfing but if you really want to get away, come to Brittany for the sailing.

​A land of adventurers and fishermen that have sailed the 7 seas for centuries.
Brittany is also the top region of France for recreational sailing. From International Maritime Festival in Brest to the Tabarly Center in Lorient, Brittany has an amazing sailing pedigree.

If you are a veteran navigator, starting out, or just want to go on a one day sail to one of the islands Brittany offer limitless opportunities for the pirate in you.

Must see places in Brittany, France

​Stay for the beaches and come for the seafood. Brittany is a peninsula that is bordered on the back by France and juts out into the Atlantic, pointing to America.

With a total length of 1,772 kilometers, the Breton coast makes up a third of the French coastline. It is a land with a diverse range of coastal sceneries, including epic rocky coasts, stunning sandy beaches, vacation islands, and salt marshes.

Here are 5 reasons to take a major detour from your scheduled plans and sail away to Brittany!
​

Standing stones, also known as menhirs, are vertically positioned stones in the earth. Neolithic people placed them in the British Isles and Brittany, and they can also be found elsewhere in the world. Carnac is famous for its distinctive rows of ancient standing stones that can be seen nowhere else on the planet.

Standing stones can be found in singles, rings, lines, or groups. The majority of their dates range from 4000 to 1500 BC.
The standing stones of Carnac are one of Brittany’s greatest attractions. Three fields – Ménec, Kermario and Kerlescan – contain around 3,000 aligned megaliths, which date from 4000BC. It's unclear why they were erected, but it's assumed they had religious or cultural importance. 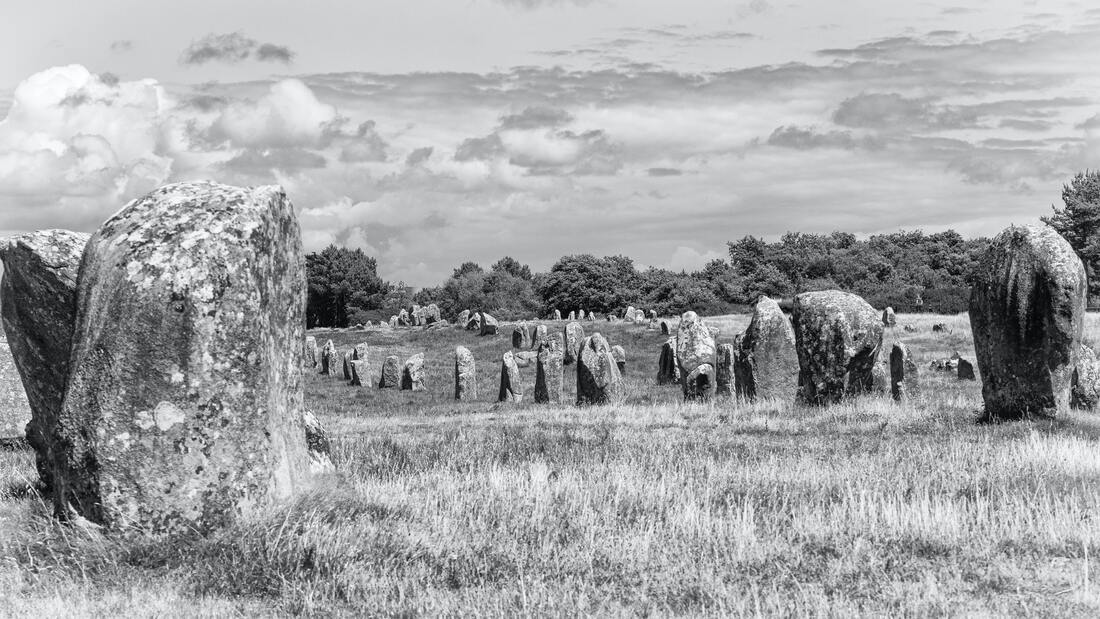 Visit the end of the world, Finistère

Finistère means 'Where the world ends" in French. There is no better place to find that point than at the Pointe du Raz.

Emblematic site of the granite coasts of Brittany, the Pointe du Raz, which overlooks the sea from 72 meters, is classified as a Grand Site de France. Its high cliffs covered with moors offer a wild and superb panorama on the sea, the lighthouses of La Vieille and Tévennec, as well as on the island of Sein, 8 kilometers away.

Pick up surfing in Brittany

Brittany is the peninsula that juts out into the Atlantic Ocean from France. It has a long, wild shoreline with beach resorts like Dinard and the walled city of Saint-Malo.